Last November, the California Department of Tax and Fee Administration or CFTFA announced that it is planning once again to raise taxes on the legal and medical cannabis industry. Raising taxes on the medical cannabis is expected to have a great impact on the marijuana business, which in a depressed market is currently experiencing an economic downturn. The tax increase rate is to be applied on all cannabis products, medical cannabis, including flowers, marijuana leaves and fresh plants. The increased rate has been in effect at the start of the new year – January 1 2020, with the mark-up rate set at 80%.

The medical Cannabis industry is now still competing head-to-head with the thriving illegal marijuana business due to the black market’s cheaper prices. Expectedly, Cannabis users may be driven off from the heavily-taxed legal Cannabis industry if the new tax increase will be passed on to the weed consumers instead of the operators.

While it’s intention is to make life better for Californians by fairly and efficiently collecting the revenue that supports our essential public services, the CDTFA is hampering the ability of the legal cannabis industry’s operation and cost-effectiveness. The Cannabis industry executives has expressed outrage regarding the tax increase’s effect on the legal marijuana business. However, the bill AB-37 was signed into law by the governor of California, Gavin Newsome, last October. AB-37 overrides the Section 280E of the Internal Revenue Code which prevents marijuana businesses from taking advantage of tax deductions as afforded to other business types.

The tax mark up rate for medical cannabis and the whole legal cannabis industry is determined by the CDFTA every six months. According to a statement posted on their website, “an analysis of statewide market data was used to determine the average mark up rate between the wholesale cost and the retail selling price of cannabis and cannabis products. Based on this analysis, effective January 1, 2020 (the start of the new year), the newest markup rate will be at 80%.”

The proposition was approved by voters in a bid to bring the marijuana business into tax equity, and requires an excise tax of 15% on the gross receipts of sales of cannabis, which remains unchanged. An analysis of the statewide market data was used to determine the average mark-up rate between the retail selling price of marijuana and medical cannabis products and the average mark-up rate. The average market price of marijuana and medical cannabis products sold in a retail sale determined the 15% cannabis excise tax. CDTFA analysts determined 80% to be the required mark-up rate after analyzing transactions from the state’s Track and Trace system.

On a brighter note, the new bill now allows marijuana businesses to claim tax deductions under Section 280E, affecting the whole cannabis industry – cultivators, marijuana retail stores, dispensaries, weed delivery services, manufacturers of infused medical cannabis products such as cannabis oil and concentrates. Without requiring a sweeping shift in the cannabis policy of the US, this move addresses the unfair impact of 280E on states where marijuana businesses are regulated. Bodies such as the National Cannabis Industry Association, however, believe that removing cannabis itself from the Controlled Substances Act is the only true solution to the problem.

Starting new year, cultivation fees are also going up. Most of the taxes are likely to be absorbed by the businesses, but not all. Consumers would be facing an increased price for legal cannabis nevertheless. Some consumers don’t mind paying extra bucks for their medical cannabis supply, although the same cannot be said to the medical cannabis patients suffering from greater illnesses such as cancer and have a budget tightly-knit for their health care. As of Wednesday, the cultivation tax rates for medical cannabis is as follows: $9.65 from $9.25 per dry weight per oz of cannabis flower, $2.97 from $2.75 per dry weight per oz of marijuana leaves, and $1.35 from $1.29 per oz for fresh marijuana plants. These cultivation tax rates apply to cultivators that supply marijuana distributors and manufacturers.

California was universally considered as the superstar state of the legal cannabis industry because of the wide scope and incredible size of marijuana businesses in the form of dispensaries and weed delivery service. However, that may change in the future when the medical Cannabis industry operators and consumers are constantly priced out of the market. So even in states where marijuana is legal, the illegal black market still exists since they are priced ridiculously to about a half to a third of the legal stuff. There are some local marijuana businesses that shutter and move out of the state due to tax-induced high operating costs.

There are also some family-owned arms that are barely breaking even and cannot afford the state-required entrance fees for legal Cannabis cultivation, let alone the new implied taxes. 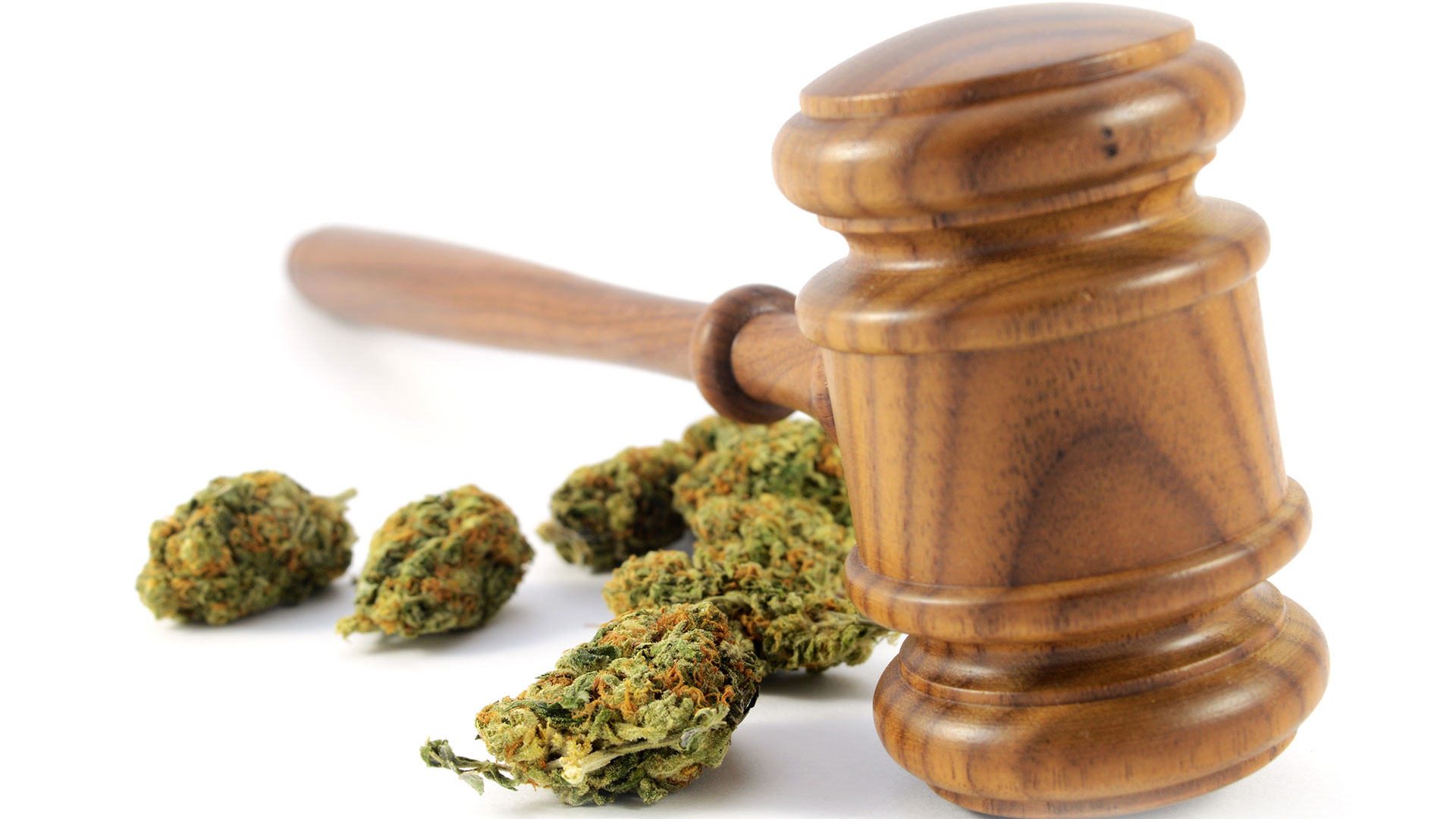 Most of the representatives of the Cannabis industry and some lawmakers argue that quashing the huge illegal marijuana black market should be the trop priority of the state right now. After all, it might be pointless to discourage harmful use of Cannabis by taxing THC if the people in the state continues to purchase potent cannabis products from the black market, tax-free. These unregulated marijuana businesses put the public at risk with untested and unsafe cannabis products. Even, illicit cannabis vape products have been pointed to as the cause for many vape-relating illnesses. To put things in perspective, the ratio of unlicensed marijuana businesses to compliant Cannabis shops in California is three is to one, respectively. One obvious reason that the Cannabis black market is still booming is the price difference of almost 50% due to local taxes and regulations. Aside from this, less than 20% of the cities in California currently allow recreational marijuana in retail shops. New state regulations however allows compliant weed delivery services like Enjoymint delivered to cover all cities in California, giving access to legal Cannabis to almost 90% of the adults in the state.

Lawmakers are still in the process of fine-tuning the laws that apply to legal Cannabis use in California in the new year, 2020. And while there are good and valid reasons to adjust the tax structure of the Cannabis industry, Enjoymint Delivered believes that the health of the public and protection of its citizens should be the first and primary concern in any Cannabis tax debate. 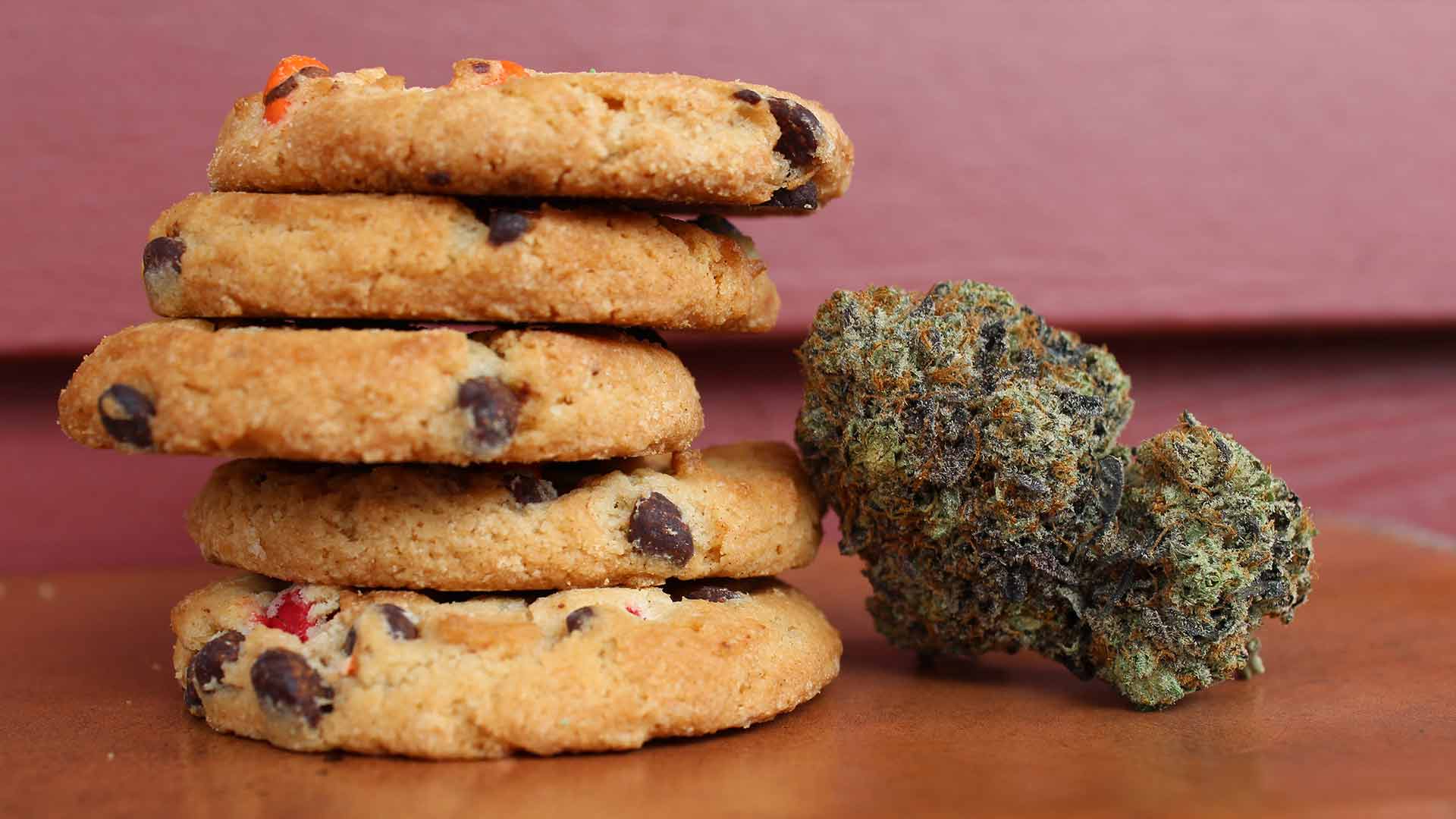 Infusing weed into food has been a popular trend among Medical Cannabis and recreational marijuana users. Medical Cannabis users find edibles as an enjoyable way to take their needed dosing, while recreational marijuana users find it pleasurable as it offers a different high than just smoking the weed. Most medical Cannabis users infuse their food with CBD oil, producing a calm and stress-relieving effect on the consumer, which is greatly helpful in holidays such as Christmas! 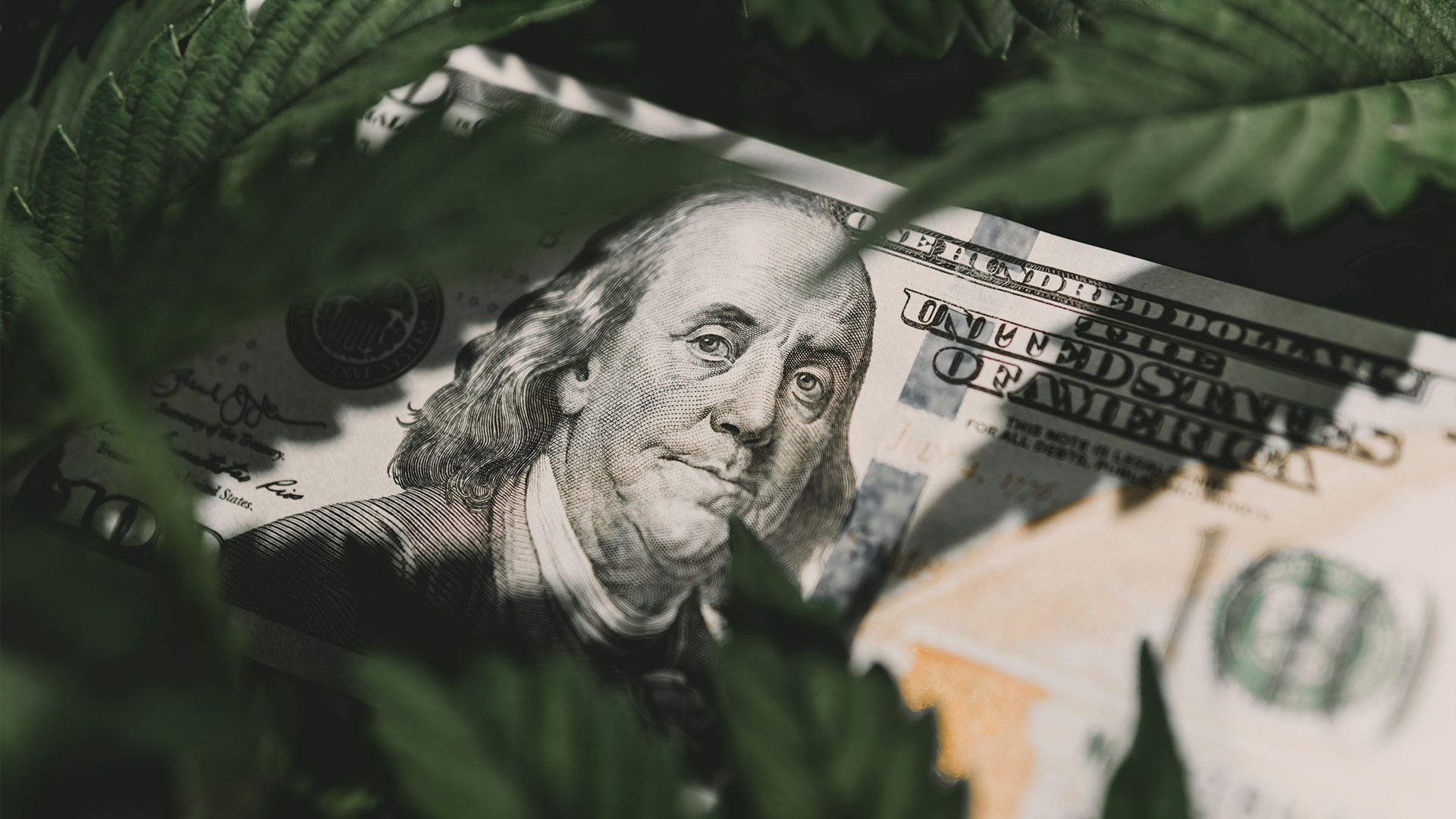 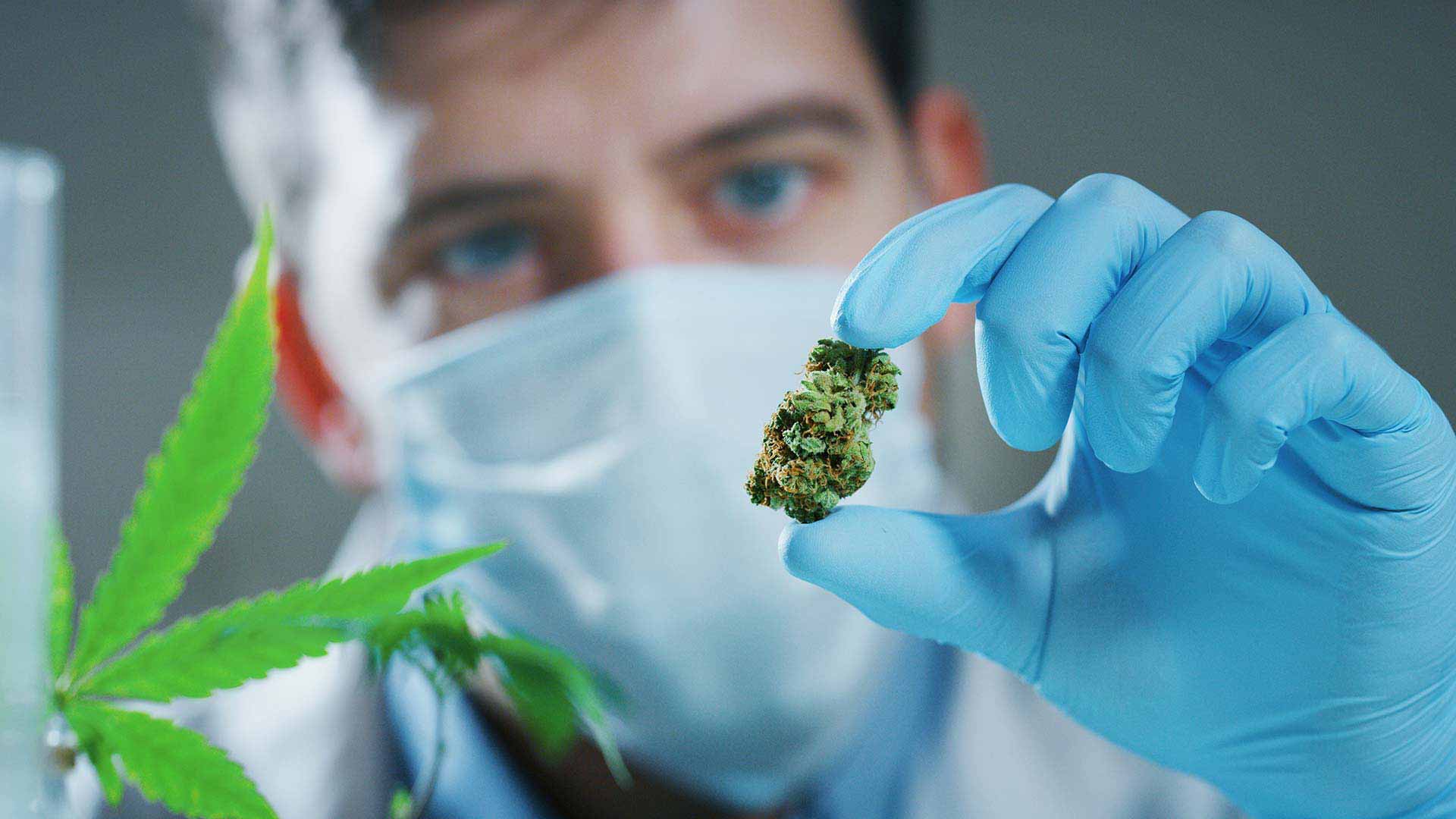 Be the first to hear about EXCLUSIVE CONTENTS, and HIDDEN DISCOUNTS

Get the top stories and latest promos 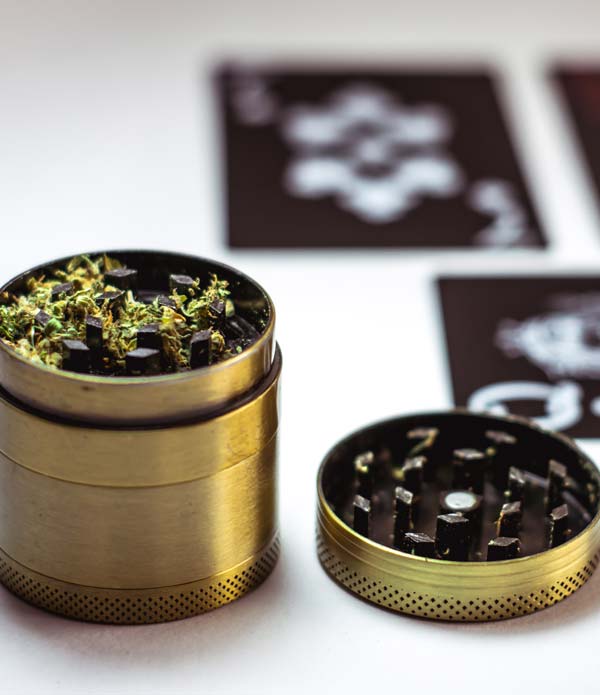